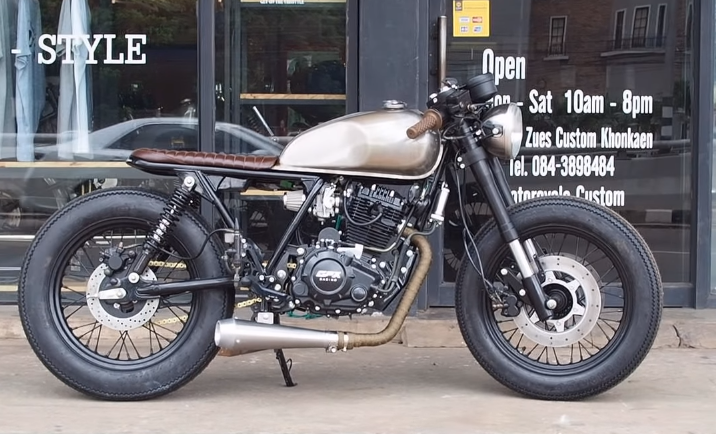 What Is a Cafe Racer Motorcycle

What is a cafe racer motorcycle?By the term “Cafe Racer motorcycle”, we actually refer to a customized motorbike which is based on an already existing model or one which has been built specifically from scratch for reflecting the style as well as feel. The primary intention will be to make the motorcycle more light in weight so that it provides a sportier appearance as well as better handling by stripping the motorbike down to its bare requisites. Mods typically take a café racer seat’s form which is usually known as a “bum stopper”. This, just like the racing seat from where it has taken is style, helps to prevent the rider from slipping in the backward direction during any hard acceleration.

Shorter as well as lower handlebars are usually either fastened to the fork legs, clip-on our ace bars that although reflecting the riding position and attaching to the traditional handlebar claims provide a less extreme crouch to the rider.

It has been observed by the manufacturers that there is plenty of consumer interest in the café racers at present. Although this approach is not innovative to the motorbike industry, manufacturers have been able to comprehend the market appeal of this sort of ready-to-ride motorbikes out there. More than half of the bigger motorcycle manufacturers have ended up adopting this trend during the last 10 years. In the year 2004, a turn-key retro motorcycle was manufactured by Triumph along with their Thruxton. Ducati SportClassic is one more contemporary café racer which was made from the year 2006 till 2009.

At present, stock café races from the motorbike factories consist of the following:

What makes a cafe racer?

As mentioned earlier, these café races are quite light in weight and feature a minimalist appearance along with a highly tuned engine. All these motorbikes have been manufactured such that they are able to prevent the rider from leaning forward plus tucked in as close to the bike’s body as possible, thus making an aerodynamic as well as a maneuverable machine. The majority of the motorcycles were produced by modifications. Most of the café riders take pride in producing the Frankenstein’s monster of motorbikes since it helps to showcase their efficiency as well as ingenuity as expert mechanics. The majority of the riders begin by getting rid of the stock handlebars and swapping them using low-mounted clip-on ones. Nevertheless, the person who is mechanically inclined will go much beyond the fundamental aspects and delve deep into the finer aspects.

The riders of the café racer typically add custom suspension. The spring rates as well as dampening are exclusive to the motorbike as well as its rider. As a result, you ought to look into fresh shocks and a fork kit for optimum speed as well as performance; however, perform your own research and do not think twice while spending.

Adding lightness is a typical phrase which is used at present in the world of racing which implies the reduction of the weight of the whole bike. A bike which is lighter is going to feature faster pickup as well as speed. There are various means for doing this by swapping the tires, brakes, and rims.

It will be possible to improve your steering as well as leaning ability quickly by upgrading the tires of the bike. You can minimize the gyroscopic effect by going from a 19” wheel to an 18” wheel and this will provide you with a more agile motorbike which will be able to transition through leans and turns quickly and easily. Furthermore, using aluminum rims instead of steel rims for those 18” wheels will aid in minimizing your bike’s weight significantly.

Make it a point to switch out the brakes for allowing smaller and lighter hubs along with superior stopping ability. You might go for fresh pads and braided stainless brake lines or anything original to the bike, whichever gives better results for you.

It is a fact that modifications are a significant part of working on a café racer at present. Although you will come across manufactured models having a vintage throwback like the Continental GT or Thruxton, these are not considered to be finished by genuine rider standards. These models are a proper starting point for something better to develop. 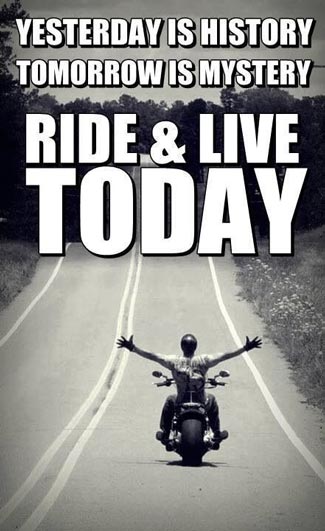